Can a Dog Help You Get Elected? 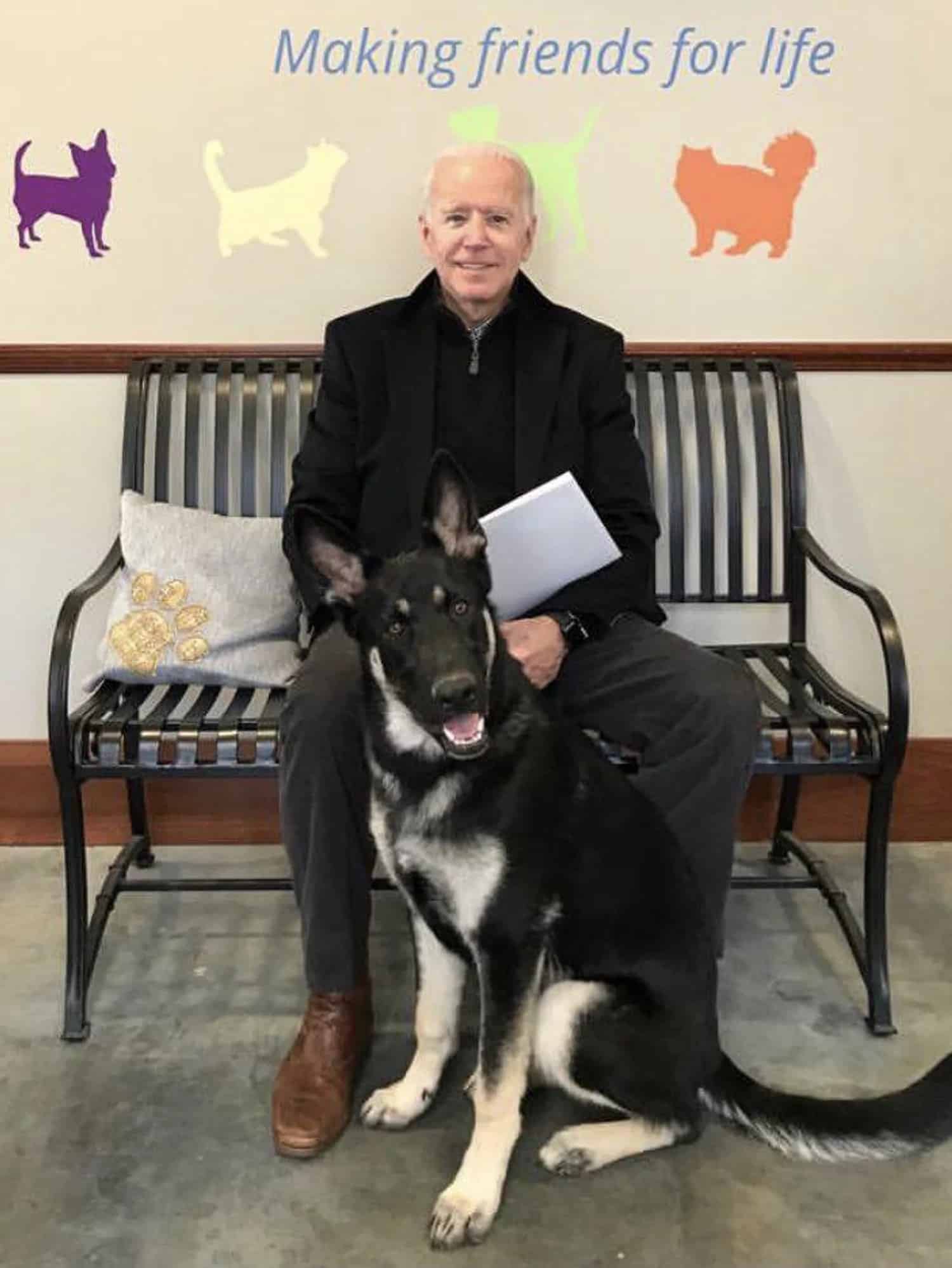 Major Biden with the President

Miami and Purdue Universities Sniffed Around

Researchers at Miami University in Ohio and Purdue University in Indiana are analyzing dogs as a new political marketing tool in the age of social media. Their new study aims to determine how politicians posting about or with their dogs online can impact voters’ perceptions. You can participate in the survey here.

Of course, as dog lovers, we know the answer. Dogs help to humanize politicians (as they do for everyone else who loves them.)

The Obamas had Bo and Sunny, who charmed the world in images of the President running around the White House lawn with them. Dogs of the White House have more than 116K followers on their Twitter account. Tens of thousands expressed sympathy when Champ Biden passed away this summer.

But the first dogs aren’t the only four-legged influencers. Elizabeth Warren’s most recent post about golden retriever Bailey has nearly 40,000 likes on Instagram. Both Indiana Gov. Eric Holcomb’s dog, Henry, and Ohio Gov. Mike DeWine’s dog, Dolly, each have their own Twitter account.

DO POLITICANS’ DOGS HELP TO HUMANIZE THEM?

“The survey itself is kind of giving us a baseline of ‘do people care about this at all?’ That was really our introductory question is when politicians include dogs on their social media are people even paying attention? Do they respond to it? Is it something that’s likable or annoying?” said Jennifer Hoewe, assistant professor of communication at Purdue.

How politicians treat their dogs can also de-humanize them, as they did Mitt Romney, who drove with his dog on the roof or Lyndon Johnson, who was demonized for lifting his dog by the ears.

The researchers not only wanted to know if people had seen these type of posts, but on which platforms. Each platform has a typical demographic – for example, Instagram users skew more young and female – so it’s important to know what type of voters that politicians are reaching with this content.

The study, which began this spring, is off to a strong start. The survey asked for at least 500 social media users to participate. Around one week after it was first posted, it had 1,500 responses. It will continue until 2022, when results will be published.